You might have noticed it: I’m a big fan of Loftur’s projects. I’ve already described his Automatic Magnetic Loop Tuner in detail and now I will show you what functionality I added to his Power and SWR Meter.

For most OM’s his version of the code is more than good enough. But sometimes you have OM’s with particular needs 😉

The easiest part of changing this code was to implement an extra menu so you could select the desired band for which you want to use the meter. All values are stored in memory and will overwrite the initial values as defined in Loftur’s code. This way I had little to change in the calculation formulas coded by Loftur. 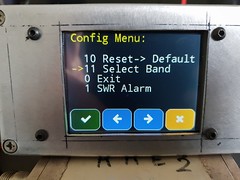 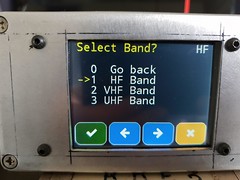 No changes were done to the “One Level Calibration” so it’s still usable for (most) OM’s without a signal generator.
New here is that you can enter both the higher and lower level for both Forward and Reverse power. 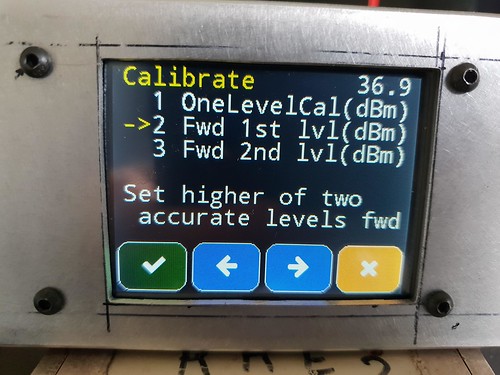 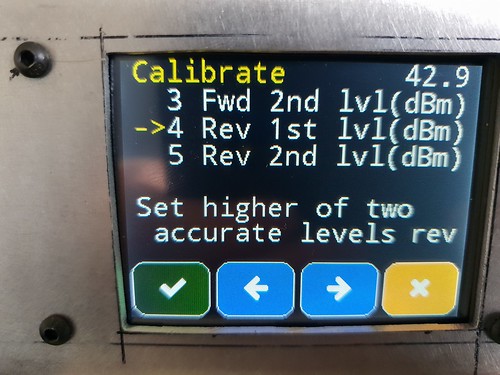 And save the adjusted calibration values. 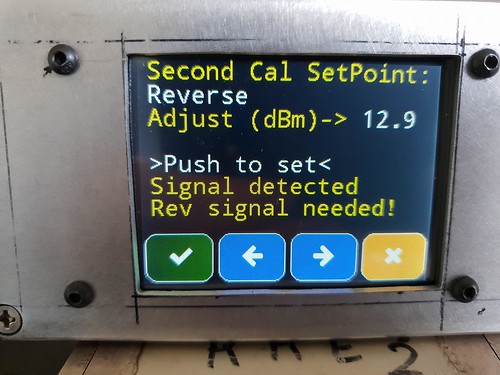 This picture was taken without proper signal input. I’m one of those OM’s without a signal generator. However, I know an OM with a signal generator (for whom I made these code changes) who can do this calibration for me. Just like he did for one of his friends in South Africa who is using this power meter and code while bouncing signals to the moon and back (EME) 😉

This coding was done already a year ago, only today I retrofitted it to the latest version you can find on Loftur’s website (version 1.02). I’ve sent a copy to Loftur, but I have my doubts it will be merged in his version. It might be too specific and not many OM’s have the equipment to make use of this exact calibration method. Yet it was a nice project to work on and someone might find it useful…